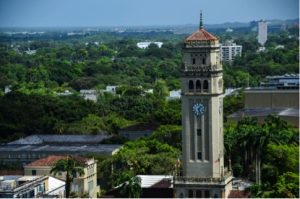 One third of our GNP is produced by the pharmaceutical industry operating in Puerto Rico. Over the past few decades, Puerto Ricans have developed high-quality skills in drug manufacturing. Those skills have allowed us to host pharmaceutical industry of a density unrivaled in the world. More than 40 companies operate in the commonwealth, creating over 26,000 high-paying direct jobs and contributing another 50,000 indirect jobs. As a result, three-quarters of the 20 top-selling prescription drugs sold in the United States are manufactured here. These include Lipitor, Viagra, Zoloft, Zocor, Nexium and Propecia, and other household names in contemporary medicine.

But manufacturing alone will not secure our future economic success. In the coming years we will face increasing competition from Asia and Latin America. China and India will be capable of manufacturing drugs with our same level of proficiency and at lower costs.

Hence, we need to move into the value line of our industrial base. Puerto Rico must use its trained people not only to manufacture, but to research, design, develop and test products. Through clinical trials for cancer medicines, complex cell analysis and clinical diagnostic projects – just to mention some examples – we should play a role in creating the next generation of scientific discoveries. That is, as I see it, one of the most pressing challenges that Puerto Rico now faces.

Are we in a position to undertake such a task? Is Puerto Rico offering the environment that R&D needs? Can we generate and attract R&D to Puerto Rico?

The U.S. National Academics has sponsored a study that sheds light on these questions. The survey examines, specifically, the factors that lead companies to decide where to locate their R&D activities.

The survey concludes that for companies locating R&D in emerging economies, the rank of attractions are: market growth potential, quality of R&D personnel, costs, the experience of university faculty and the ease of collaborating with universities. For companies locating in developed economies, the attractions are: quality of R&D personnel, quality of intellectual property protection, the expertise of university faculty and the ease of working with universities.

The National Academies conclude “that one of the most novel results to come out of the survey is the important role of universities in the global innovation system…university factors are as important as costs in emerging economies and more important in developed economies.”

The challenge coming from the survey is clear: we must revitalize efforts to strengthen our university research culture in order to make Puerto Rico ever more attractive to R&D investments. The good news is that, limitations notwithstanding, companies will find in the University of Puerto Rico the support they need to establish in Puerto Rico a higher level of R&D activity in the life sciences.

Indeed, research at the UPR, measured in terms of external funds, has grown exponentially since 1985, doubling every five years. In 2005-2006, the University received over $94 million in external funds for research. The UPR faculty is responsible for fully 95 percent of all scientific papers published from Puerto Rico and indexed in the Science Citation Index. Not surprisingly, Río Piedras is considered a “High Research Campus” by the Carnegie Foundation and the Medical Sciences Campus a “Special Focus Institution,” the only such campuses in Puerto Rico. The School of Engineering in Mayagüez, on the other hand, participates in five Engineering Research Centers, funded by the National Science Foundation, that include pharmaceutical product development.

Steps have been taken to develop the infrastructure needed to house and support complex research at the molecular level. The Molecular Science Building is our flagship in this effort. The design of the Molecular Science Building carries with it a communal effort to create a landmark for science, technology, and urban renewal in 21st Century Puerto Rico. The complex will serve as the first of a series of buildings that will form a new science park across the Botanical Gardens. The project is geared at promoting a contemporary vision for grant-based research programs at the University by foresting interdisciplinary and collaborative research in a state-of-the-art environment and by enabling new, thematic research programs focused on molecular biology among the several campuses.

The University of Puerto Rico Comprehensive Cancer Research Center is another example of institutional innovation geared to research. A joint initiative with the M.D. Anderson Center of the University of Texas, it will involve research on this dreaded disease at the molecular level, treatment research and epidemiological studies. Not only will Puerto Rican patients receive the best available treatment, but Puerto Rican professionals and paraprofessionals will be trained in and help develop advanced techniques in the field.

A third example is the pilot Plant for Biotechnology Processes being built in Mayagüez. When fully operational, it will have research and training components to serve both the needs of academy and industry.

But facilities do not undertake research; only researchers do. New knowledge and innovation are non-linear, complex processes best achieved when and where creative people come together. Creative people attract each other and the benefits that flow from these creative interactions spill over to society as a whole.

This is why we have made every effort to attract world renowned researchers to lead to the further recruitment of world-class talent. Let me mention but two: Dr. Walter Frontera, a world authority on physiology and sports medicine, former Department Chair at the Harvard Medical School, is our new Dean of the School of Medicine. Dr. José F. Cordero, formerly the director of the Institute for Birth Defects and Developmental Disabilities and the Director of the National Immunization Program of the Centers for Disease Control in Atlanta, is the new Dean of the School of Public Health.

As we see, Puerto Rico provides a scientific environment that can nurture well R&D activities. It is now up to us to engage in the promotion of R&D with the same collective enthusiasm that we put behind manufacturing.

Such scientific environment can and should be coupled with other incentives, retailored to serve our new realities, in order to make Puerto Rico as competitive as possible in terms of costs. How can we revamp our incentive structures to support the new R&D agenda?

To attract R&D we must strengthen our appeal to researchers. Puerto Rico must make itself more attractive for cutting edge investigators to locate on the island. In forming, attracting and retaining cutting-edge researchers, Puerto Rico should be as bold as we once were in our efforts to attract manufacturing. It is time to direct our tax incentives to this area: It is time to grant tax exemptions to the personal income of highly competitive researchers working in Puerto Rico. Now that Puerto Rico has moved its state income base to the taxation of consumption, this makes even more sense.

Back in the 1960s and 1970s, we heard so much about Puerto Rico becoming “the bridge” or the “juncture point” between the two Americas. We were talking then, of course, about orienting our economy to the service sector. That opportunity was lost. Instead, Florida has become the provider of financial, health, support, educational, entertainment, and many other services to the region.

Now again we have a great opportunity, this time in the life sciences. That opportunity will not last forever. At some point, this train will depart from our station. It is time to secure our seats. 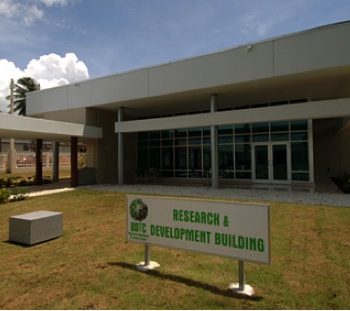 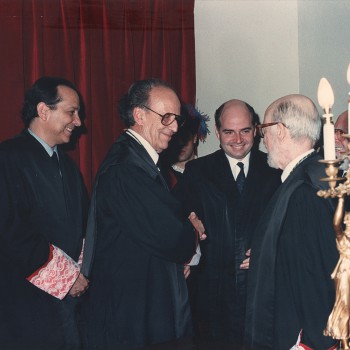