Article IV of the Constitution confers upon Congress the power to enact all needful rules and regulations for governing territories of the United States. This clause, however, is not carte blanche for Congress to switch on and off at its convenience the fundamental constitutional rights to Due Process and Equal Protection enjoyed by a birthright United States citizen who relocates from a State to Puerto Rico. Congress, likewise, cannot demean and brand said United States citizen while in Puerto Rico with a stigma of inferior citizenship to that of his brethren nationwide. To hold otherwise would run afoul of the sacrosanct principle embodied in the Declaration of Independence that “All Men are Created Equal”.

Pending before the Court are defendant Jose Luis Vaello-Madero and plaintiff United States’ motions for Summary Judgment. (Docket Nos. 57, 59). Vaello Madero contends he is not required to return the payments he received in Social Security Income (“SSI”) disability benefits upon changing his domicile to Puerto Rico since excluding a United States citizen residing in the territory from receiving the same runs afoul of the equal protection guarantees of the Due Process Clause. In turn, the United States posits that limiting SSI eligibility to residents of the fifty states and the District of Columbia is constitutionally permissible. Based on the foregoing analysis, Vaello-Madero’s Motion for Summary Judgment is GRANTED and the United States’ Cross-Motion for Summary Judgment is DENIED.

I. Relevant Factual and Procedural Background

Vaello-Madero learned he was ineligible for SSI payments in June 2016. Via two notices that summer, the Social Security Administration (“SSA”) stopped its SSI payments, and retroactively reduced said payments to $0 for August 2013 through August 2016. The notices informed Vaello-Madero that the SSA could contact him “about any payments we previously made,” but did not inform him that he would have to return the amount of benefits collected while in Puerto Rico.

In support of his motion for summary judgment, Vaello-Madero argues that the Social Security Act’s exclusion of Puerto Rico from the SSI benefits program under section 1382c(e) thereof violates the equal protection guarantees of the Due Process Clause. The United States argues, in turn, that Congress’ determinations as to eligibility requirements for government benefits hold a strong presumption of constitutionality. Furthermore, the United States claims that Congress’ authority under the Territorial Clause enables it to pass economic and social welfare legislation for the territories where there is a rational basis for such actions. Oral arguments were held on December 20, 2018 at the Luis A. Ferré Courthouse in Ponce, Puerto Rico. (Docket No. 88). Besides the parties, the Commonwealth, as well as the sole representative in Congress from Puerto Rico, Jenniffer González, as amici curiae, participated. Because the salient facts are not in controversy, and the issue at bar rather is entirely a legalconstitutional one, the Court shall directly proceed to address its merits.

Today’s ruling will not delve into the complex constitutional issues of Puerto Rico as a territory of the United States for the past 120 years. Instead, the Court’s analysis will focus exclusively on Vaello-Madero’s defense regarding the constitutionality of the restitution sought by the government.

The SSI program was created to aid the Nation’s aged, blind, and disabled persons who qualify due to proven economic need. 42 U.S.C. § 1382. Unlike Social Security and Medicare, individuals do not contribute toward the SSI program.1 In order to be eligible for the SSI program an individual must reside in the “United States,” id. at § 1382(f), which, in turn, is defined as the 50 States and the District of Columbia. Id. at § 1382c(e).2 Since Puerto Rico is not included in the aforesaid definition, a United States citizen such as Vaello-Madero is automatically excluded from the SSI program. The United States justifies this exclusion under Congress’ plenary powers under the Territorial Clause. Further, it asserts that the denial of SSI disability payments to United States citizens in Puerto Rico does not violate the Fifth Amendment’s equal protection guarantee under a deferential rational basis review standard.

B. The Territorial Clause

The Territorial Clause is not a blank check for the federal government to dictate when and where the Constitution applies to its citizens. “The Constitution grants Congress and the President the power to acquire, dispose of, and govern territory, not the power to decide when and where its terms apply.” Boumediene v. Bush, 553 U.S. 723, 765 (2008). “Even when the United States acts outside its borders, its powers are not ‘absolute and unlimited’ but are subject ‘to such restrictions as are expressed in the Constitution.’” Boumediene, 533 U.S. at 765 (citing Murphy v. Ramsey, 114, U.S. 15, 44 (1885)).

Congress indeed possesses a wide latitude of powers to effectively govern its territories. However, “[a]bstaining from questions involving formal sovereignty and territorial governance is one thing. To hold the political branches have the power to switch the Constitution on or off at will is quite another.” Boumediene, 533 at 765. This “would permit a striking anomaly in our tripartite system of government, leading to a regime in which Congress and the President, not [the judicial branch], say what the law is.” Boumediene, 533 at 765 (citing Marbury v. Madison 5 U.S. 137, 177 (1803)). The authority to treat the territory of Puerto Rico itself unlike the States does not stretch as far as to permit the abrogation of fundamental constitutional protections to United States citizens as Congress sees fit.

The powers granted under the Constitution are not infinite. “The power the Constitution grants it also restrains. And though Congress has great authority to design laws to fit its own conception of sound national policy, it cannot deny the liberty protected by the Due Process Clause of the Fifth Amendment.” United States v. Windsor, 570 U.S. 744, 774 (2013). Thus, the broad power granted under the Territorial Clause does not allow Congress to eradicate the sacrosanct fundamental constitutional protections afforded to United States citizens residing in the States and Puerto Rico.

The Fifth Amendment’s Due Process Clause assures that the same equal protection principles of the Fourteenth Amendment generally constrain the federal government, even though the Equal Protection Clause by its terms does not. Bolling v. Sharpe, 347 U.S. 497, 500 (1954). The United States argues that Congress may place restrictions on the eligibility “of persons residing in United States territories to receive payments under the [SSI] program administered by the [SSA], and that such restrictions are consistent with equal protection principles”.

In order for the Court to be persuaded by the United States’ argument, it would have to sanction the proposition that Congress can disparately classify United States citizens residing in Puerto Rico, running counter to the very essence and fundamental guarantees of the Constitution itself. “The liberty protected by the Fifth Amendment’s Due Process Clause contains within it the prohibition against denying to any person the equal protection of the laws.” Windsor, 570 U.S. at 774.

“The Constitution’s guarantee of equality ‘must at the very least mean that a bare congressional desire to harm a politically unpopular group cannot’ justify disparate treatment of that group.” Windsor, 570 U.S. at 770 (citing Department of Agriculture v. Moreno, 413 U.S. 528, 534–535 (1973)). An allegation of disparate treatment of United States citizens residing in Puerto Rico requires that the court determine “whether [the] law is motived by an improper animus or purpose.” Id. at 770. The Government’s justification for excluding United States citizens residing in Puerto Rico from SSI benefits rests on Congress’ authority to enact social and economic legislation. When a statute is reviewed under a rational basis lens, the challenger must prove that no plausible set of facts exists that could forge a rational relationship between the challenged rules and the government’s legitimate goals. Romer v. Evans, 517 U.S. 620, 631 (1993).

United States citizens residing in Puerto Rico are the very essence of a politically powerless group, with no Presidential nor Congressional vote, and with only a non-voting Resident Commissioner representing their interests in Congress. If a statute discriminates on the basis of a suspect classification, then it is subjected to a heightened scrutiny standard and must be invalidated unless it is “narrowly tailored to achieve a compelling government interest.” Parents Involved in Community Schools v. Seattle School Dist. No. 1, 551 U.S. 701, 720 (2007). A de facto classification based on Hispanic origin is constitutionally impermissible. See Rice v. Cayetano, 528 U.S. 495, 523 (2000) (holding that Congress cannot authorize classifications based on racial ancestry, and that “[r]ace cannot qualify some and disqualify others from full participation in our democracy”).6

The Court need not explain why the SSI statutory exclusion also fails under a heightened scrutiny standard. It is obvious that the same is not narrowly tailored to achieve a “compelling government interest.” Even so, the Court need not delve into a strict versus rational basis scrutiny analysis, as in accordance with Windsor, the denial of SSI disability benefits to United States citizens in Puerto Rico is unconstitutional as “a deprivation of the liberty of the person protected by the Fifth Amendment of the Constitution.” Parents Involved in Community Schools 551 U.S. at 774. It is a violation of “basic due process” principles, as it inflicts an “injury and indignity” of a kind that denies “an essential part of the liberty protected by the Fifth Amendment.” Id. at 769 and 768.

As in Windsor, 570 U.S. at 772, “[t]he principal purpose [of the statute] is to impose inequality, not for other reasons like governmental efficiency.” The United States justifies the exclusion of Puerto Rico and argues that: (1) the cost of including Puerto Rico in the SSI program would be too high and that (2) Puerto Rico does not pay federal income tax which funds the SSI program. (Docket No. 59 at 1). Aside from the fact that the cost is minimal compared to the government’s budget for such program, this is not a valid justification for creating classifications of United States citizens and justifying the same under the lax scrutiny of social and economic legislation. While line drawing is necessary for Congress to pass social and economic legislation, it is never a valid reason for disparate treatment of United States citizen’s fundamental rights.7 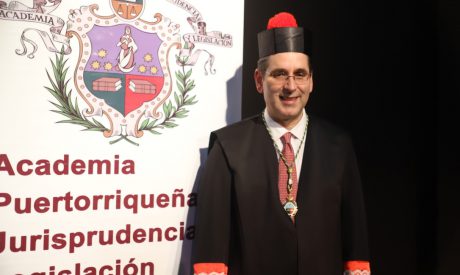 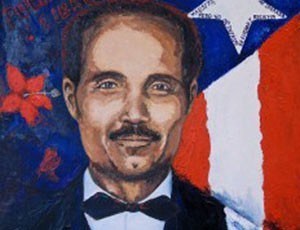 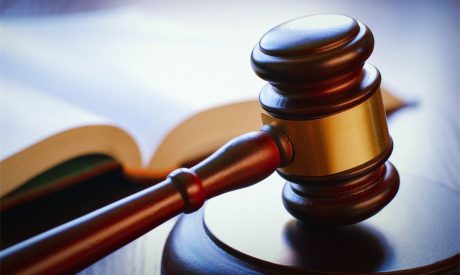 Article IV of the Constitution confers upon Congress the power to enact all needful rules and regulations for governing territories of the... 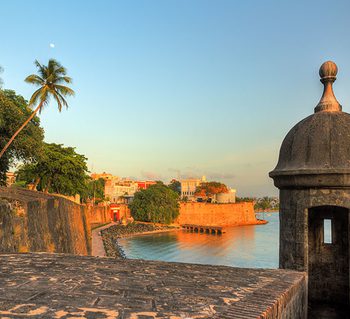