The Endowment Fund of the University of Puerto Rico has almost tripled in the current decade. It has grown from $24 million in 2000 to $65 million today. Even after such growth, our endowment is small. It ranks in the mid-400s in the list of over 700 university endowments in U.S. jurisdictions.

The growth over recent years shows, however, that Puerto Rico is ready to undertake the task of raising a third source of income for its university. The growth tells, indeed, that the time is ripe to strengthen philanthropy for higher education in Puerto Rico.

Today, good public universities rely on three sources for the financing if their ambitious agendas of instruction, research and service: what they charge for tuition, what they receive from the state, and what they raise from alumni and friends.

So far, the University of Puerto Rico has depended almost exclusively on the first two, which are not sufficient, especially in light of the university’s commitment to maintaining a fee structure that secures access to higher education to all segments of our community.

The strengthening of the third source, the enhancement of philanthropy towards the university is, therefore, imperative to securing its competitiveness and academic excellence.

“The need for money,” as Derek Bok, the former president of Harvard, has pointed out, “does not merely occur now and then in the wake of some ill-considered decision on the part of state officials to cut university budgets. It is chronic condition of American universities, a condition inherent in the very nature of an institution forever competing for the best students and faculty. Such talented, ambitious people are constantly asking for more programs, more books, more equipment, more of every requirement to satisfy their desire to pursue new interests and opportunities.”

It is to that quest that we must be always ready to respond.

The University of Texas tops the list with an endowment of $15.6 billion, followed by the University of Michigan with $7 billion, Texas A&M with $6.5 billion and the University of California with $6.4 billion. These numbers might seem intimidating, but they are not. They are nothing but a challenge and a stimulus for us in Puerto Rico. All of these great endowments started small. They grew out of the community’s commitment to its own well being through education. We are ready to raise such commitment in Puerto Rico.

The recent growth in our endowment stems from several sources:

First, we have approached the funding agencies that help universities build their endowment funds. The response has been extraordinary. The National Institutes of Health, for instance, has made very significant multi-million dollar contributions to the endowment funds of both our schools of Medicine and Dentistry.

Second, major donations by alumni and friends have allowed the endowment to support important initiatives in the arts and the humanities. Such has been the case with the donations received in the wills of Dr. José Trías Monge and Esteban Tollinchi. The Campos del Toro, Ramírez de Arellano and Fonalledas families also have contributed significant sums.

Third, alumni donations matched by the corporations they work for – Eli, Lilly and Pfizer among them – have helped in the growth of the fund and hold great potential for the future.

Finally, the individual contributions received from alumni and friends, small, when seen by themselves, but large in the aggregate, that have been so important for the take off of this initiative.

More than ever before, Puerto Rico’s socioeconomic development rests on the education and research agendas of the University of Puerto Rico. Competitiveness calls for the strengthening of the three major sources supporting public universities in today’s world, philanthropy on them. Philanthropic support to education is needed in order to allow Puerto Rico to compete to the top of its capabilities. 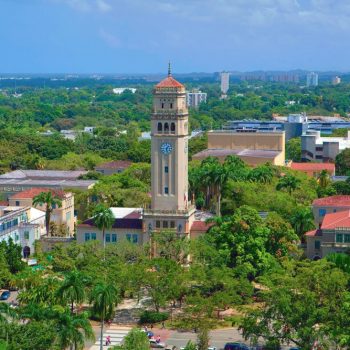 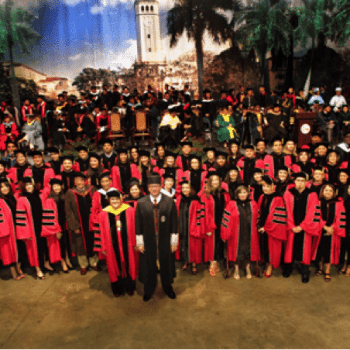