We are professors of Constitutional Law at ABA approved law schools in Puerto Rico.  We have read the draft letter that has circulated seeking the endorsement of Constitutional law professors for a statehood admission bill for Puerto Rico and the rejection of another congressional bill purporting to create a different process for the solution to the question of Puerto Rico´s relationship with the United States. Instead of engaging in the political controversies regarding what we call in Puerto Rico “the status question”, the letter presents itself as constitutional context to the bills under consideration by the US Congress. However, there is a highly political content in various assumptions ingrained in the letter.

Because we disagree with or find acutely problematic some of those assumptions, we are not willing to sign the letter and want to share a brief explanation for our reasons. Before that, we would like to commend this effort to promote the discussion of the Puerto Rico situation. Indeed, we agree with most of the historical background information provided in the letter and the significance of Congress taking affirmative steps to address the issue.

However, it is equally important to acknowledge the highly contested nature of what the people of Puerto Rico support. Even if we agree for the sake of the argument that there is “an overwhelming consensus” in rejecting territorial status and the wish to remain U.S. citizens, it would be fair to also acknowledge that another key point of consensus is that Puerto Rico possesses and sees itself as having a national and cultural identity distinct from the US. How to reconcile that separate identity with the desire to keep US citizenship has been a legal and historical conundrum. To say that the logical solution is statehood may be an arguably sustainable statement, but it is nonetheless a political stance.

In fact, there is a very basic political disagreement among Puerto Ricans regarding the nature of the problem itself. While many, especially statehood supporters, view it as a question regarding the civil and political rights of U.S. citizens residing in Puerto Rico, others, mostly those supporting some form of sovereign status for the country other than statehood, regard it as involving the right to self-determination of a distinct nation (Puerto Rico, however politically subordinated it may be at this moment) and a distinct people (Puerto Ricans, however geographically dispersed).  In this context, still another point of contention is the extent to which the political status of Puerto Rico should be addressed merely as a matter of U.S. domestic law or as a question governed by well established norms of international law concerning self-determination and decolonization. Those norms are part of the law of the United States, either as international customary law, or as treaty law since the International Covenant on Civil and Political Human Rights entered into force for the United States in 1992.

We also believe it would be fair to acknowledge that a key point where no overwhelming consensus exists is precisely a preference for statehood. The letter states the following: “Last November, in an unmistakable effort to decide their political future, a clear majority of Puerto Ricans voted ´yes´ in their own referendum on statehood.”  The precise fact is that with a turnout of 54.72%, the result of the November status referendum was 52.52% in favor of statehood and 47.48% against it.  Whether those results show a clear majority for the type of irreversible decision that statehood implies, is a contested issue.  The significance of these results in favor of statehood cannot be denied or diminished. However, to conclude that the issue is settled for the people of Puerto Rico is inaccurate. In fact, the results of the November 2020 elections, pertaining to the selection of government officials, were a reflection, if there ever was one, of the complicated interplay between majorities and minorities in Puerto Rican politics. While the candidates for Governor and Resident Commissioner in Washington of the pro-statehood New Progressive Party (NPP) won the elections by plurality votes, the majority of those elected to the new Puerto Rico Legislative Assembly are opponents of statehood and do not support the Admission Act. Some may say that this division resembles the referendum results, in the sense that though there are numerical winners, the outcomes do point to a divided political community.

The letter makes a basic assumption that there are only two solutions to the current situation:  statehood and independence.  Some of us may ultimately agree with that assessment, which is not free from political preferences. However, there are people in Puerto Rico, not necessarily commonwealth supporters, who are willing to accept, and even endorse, a third option: what may be loosely called the status of free association. This would require a freely agreed covenant between a sovereign Puerto Rico and the United States regarding whatever aspects of the relationship the two entities deem appropriate to submit to mutual agreement, including such things as citizenship, free movement of people, trade, defense, economic assistance and others.  This is not only a legitimate solution recognized by the United Nations and the international body of law regarding decolonization, but it is a type of relationship which the United States has embraced with a number of formally sovereign countries in the Pacific.

The letter also seems to fully dissolve the question of the status of Puerto Rico into the issue of citizenship. Although citizenship is definitely one aspect of the problem, the political status question cannot be reduced to a matter of preserving U.S. citizenship or not.  In fact, the assertion that the only way to guarantee U.S. citizenship to Puerto Ricans is through statehood is a highly problematic one. The idea has been questioned by respectable scholarship on the matter.

Still another flaw of the letter that has been circulated is its outright, even vehement, rejection of the Self-Determination Bill that has been introduced in Congress by a number of well-known Members familiar with the Puerto Rico status question and supported by dozens of non-governmental, some of them grassroots, organizations in the U.S. and Puerto Rico. The Bill is intended to provide for a process of self-determination and decolonization organized by the Puerto Rican people themselves with the backing of the U.S. government. It recognizes the right of the Puerto Rican people to convene a political status convention to define and negotiate with the U.S. the terms of any possible outcome, including statehood. The Puerto Rican electorate would make any final decision in one or a number of popular referenda.

This communication is not meant to endorse the Self-Determination Bill as it stands and its individual signatories reserve their right to support or not whatever final version emerges. However, we think that it is not appropriate at this stage to fully dismiss that effort the way the letter that has been circulated does. We deem it necessary to clarify several things in this regard.

First of all, the idea of a political status convention as a mechanism to address the status question in a deliberative, detailed and, ultimately, consensual manner is not new. It was born in Puerto Rico out of numerous proposals made throughout several decades by political and civil society groups of diverse nature. The Puerto Rico Bar Association, for example, the largest association of lawyers in the country, for years has been elaborating and endorsing the notion of a convention aided by studies and reports prepared by a special commission whose members have included independence, commonwealth, free association and statehood supporters. In fact, all political parties in Puerto Rico, except for the pro-statehood New Progressive Party (NPP), have at one time or another endorsed the idea of some type of convention to deal with the problem. Perhaps this fact has induced the authors of the circulated letter to equate support for statehood with rejection of the idea of a convention. However, statehood advocates cannot be lumped into membership in the New Progressive Party, as the November 2020 elections demonstrated. While statehood obtained 52.52% of those who voted in the referendum, the NPP governor who was elected only garnered 33.24% of the vote.  There were pro-statehood candidates in other parties who supported the idea of a status convention. So, the impression that if you are for statehood you must reject the type of convention mechanism incorporated into the Self-Determination Bill is unfounded, to put it mildly. Ironically, the misgivings that some commentators have expressed regarding that Bill are based on their perception that the Self-Determination Bill may in fact end up favoring the statehood option.

The referenced letter contains important arguments in favor of statehood. Those who support that option or believe it is the better alternative for Puerto Rico will probably feel comfortable signing it.  However, that is different than to support it under the assumption that the people of Puerto Rico have already made a definitive decision and that there are no other options available.  Some statehood supporters may argue that 52.52% out of 54.75% of eligible voters shows a clear will of Puerto Rico on the subject even in the context of the complex situation we have described. We disagree on that and feel it was appropriate to share our view on the subject.

One thing, however, is very clear and it is something on which we could all agree. In the 123 years of its relationship with Puerto Rico, the United States government has never made a clear, binding, offer to Puerto Ricans regarding statehood, independence or free association spelling out the terms and conditions of each choice, from the U.S. perspective, in a way that may assist the people of Puerto Rico to make an informed decision regarding their political future with the fullest awareness possible of the expected consequences of their determination. We can only hope that the discussion generated by the bills pending in Congress may be a fruitful step in that direction.

(Institutional affiliation for identification purposes only) 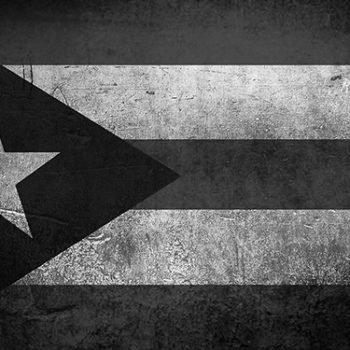 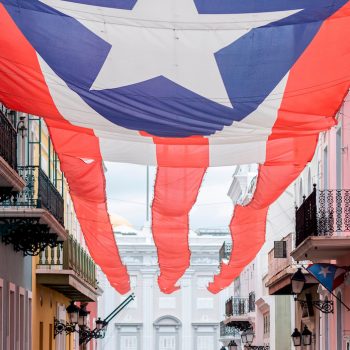