The cornerstone of industrial base faces an interesting juncture: Patents protecting many of the drugs we manufacture in Puerto Rico have expired or will expire soon. This, together with limited pipeline for new drugs, challenges our capacity to maintain and expand the life sciences industry we currently have on the island.

In response, Puerto Rico has moved to strengthen its science and technology environment, which is vital in order to attract to the island and manufacturing of the new generation of drugs, and, even more important, in order to conduct in Puerto Rico research that could lead to the discovery of new solutions to the health problems of our people and the peoples of the world.

It is important that we understand the scenario enveloping the transformation of the pharmaceutical industry in Puerto Rico in order to bring about the most effective and strategic policy response, management execution and funding. A quick overview of the industry gives us a better understanding of the state of affairs.

Around one fourth of our gross domestic product comes from the life sciences industries operating in Puerto Rico. Over the past few decades, Puerto Ricans have developed high-quality skills especially in drug manufacturing. This has allowed us to host a pharmaceutical industry of a density unrivaled in the world. More than 40 companies operate here, creating over 26,000 high paying direct jobs and contributing another 50,000 indirect jobs. As a result, 13 of the 20 top-selling prescription drug sold in the United States are manufactured in Puerto Rico. These include Lipitor, Viagra, Zoloft, Zocor, Nexium, Propecia and other household name.

It happens, though, that the companies’ exclusivity over the production of these drugs rests on the duration of their patents. Once the patents expire, the formulas go to the public domain and competition increases immediately because the drugs can be manufactured freely anywhere.

The juncture that Puerto Rico faces now has to do, precisely, with the aging of the portfolio of patents for the drugs manufactured here. For example: The patents for Zocor, a cholesterol-lowering product, and Zoloft, an antidepressant, two blockbuster drugs manufactures here by Merck and Pfizer, respectively, just expired. Pfizer’s patent for Norvasc, a prescription drug for high blood pressure, and Janssen’s patent for Risperdal, and anti-psychotic product, both expire this year.

For the years ahead, the outlook is a challenging. In 2008, the patent for Effexor X/R, Wyeths’ anti-depressant, is due to expire. The patent for Plavix, Bristol-Meyer-Squibb’s anti-blood-clotting compound, is caught in a legal struggle that might lead the patent to run out next year, or at the latest in 2011. The patents for Lipiror, Pfizer’s anti-cholesterol blockbuster, the best-selling drug in the United States, and Zyprexa, Lilly’s product against mental disorders, both expire around 2010-2011.

These drugs are not ordinary products. They make the list of the 20 best-selling drugs in the United States. Lipitor ranks first on the list, producing $8.4 billion in sales in 2006, Zocor ranks second collecting $4.4 billion that same year, followed by Plavix, ranking sixth, generating $3.5 billion, Zoloft, seventh, with sales of $3.1 billion, Novarsc, twelfth in the list, selling $2.6 billion in sales, Zyprexa, fifteenth, selling 2.5 billion and Risperdal, the eighteenth, which sold $2.3 billion in 2006.

Because of the volume produced, these drugs account for a significant part of the jobs that the pharmaceutical industry creates in Puerto Rico.

To face these challenges, Puerto Rico has moved to bring new products into our manufacturing platform. Currently, the patents expired or soon to expire, relate to chemical drugs. In lieu of them, we have attracted a new family of pharmaceutical products, biological drugs, drugs based on large molecule cultures.

Bio products call for manufacturing processes that far exceed the complexity of their chemical predecessors. The manufacture of biological normally requires a more advanced skill set than chemicals. As a general rule, approximately 70 percent of the workforce at a bulk biologics facility holds a bachelor’s degree or higher, with up to 5 percent holding Ph.D.s, a proportion far exceeding that of the typical chemical plant.

Because of that complexity, because of the high-level training of the personnel involved, because of the brain capital that the bio processes require, the manufacturing of bio drugs puts us in the threshold of the next le el in the value line of pharma and other life sciences industry: the research and development of new products and solutions. We need to movce while we have a strong manufacturing foundation and a critical mass of qualified people and modern facilities dedicated to our current portfolio of products.

Puerto Rico is right in front of that door, and we must step in. it makes all kind of sense to do it. The life science sector is growing to $3.6 trillion by 2014. Even a small share of that growth equals success for us.

How do we move forward?

The right approach is clear: Puerto Rico must strengthen its basic research activity in the life sciences and related fields, with industrial, translational and clinical goals in mind, in order to generate and attract research aimed at new products. Only a strong basic research environment can nurture applied research. It is not buy coincidence that the main R&D centers worldwide, are in close proximity to research universities.

Fortunately, many indicator attest to Puerto Rico’s understanding of these forces and willingness to move ahead with the appropriate responses. Take one of them: research infrastructure. Therefore, communities investing in research facilities give themselves significant advantages in biotechnology.

Puerto Rico’s research infrastructure being fully overhauled: On the one hand, the Science and Technology Trust, together with municipal governments from all political parties, is renovating high school labs. At the other end, the University’s Molecular Sciences Complex will create 135,000 square feet of space to house high-end research. Many other projects grow concurrently: the Bio process Pilot Plant in Mayagüez, the Research Complex for Cancer in the Medical Center, the Science Building in Cayey, the Technology Complex in Bayamón, the Medicinal and Poisonous Plants Pavilion in the Botanical Garden, to mention only several examples. Indeed, Puerto Rico is building an impressive inventory of facilities to support research and related training programs.

Needless to say, this effort has received a great push with the decision to build 1 million square feet of lab space in the Science City planned for the site of the former Oso Blanco prison.

Infrastructure is only part of the strategy. We need to train, attract and retain competitive researchers in Puerto Rico. The appropriate incentives to that end ought to be put in place soon. As I see it, the will is there, the will to fight and win the competitive economic environment of the 21st century. 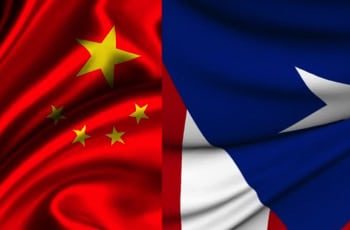