Written by Gustavo A. Gelpí*

Is the U.S. Congress under a constitutional obligation to admit Puerto Rico as the fifty-first state of the Union if this is the ample preference of U.S. citizen voters therein?  Or if these voters favor another form of permanent union with the United States, is Congress required to allow for such arrangement?1 Finally, can Congress override the overwhelming rejection of independence by the U.S. citizens in Puerto Rico2 and instead expel the territory and grant its independence?  Professors Blocher and Gulati eloquently discuss these enigmas from domestic and international law perspectives and conclude that, as to domestic law, “the answers are not obvious” and pose a “difficult question.” In contrast, they explain, international law indeed suggests a legal right to self-determination. This comment builds upon examples included in Blocher and Gulati’s Article using judicial, congressional, and historical precedents, highlighting that any decision about Puerto Rico’s future must consider its impact on U.S. citizens residing in the Commonwealth.

Before proceeding, I feel compelled to address one particularly important matter: Puerto Ricans are natural-born U.S. citizens. This status as U.S. citizens is the backdrop to answering the questions posed by Blocher and Gulati.  Persons born in Puerto Rico have been U.S. citizens since 1917 by virtue of the Jones Act.3  Congress, however, replaced this statutory citizenship with natural-born citizenship, effective for all persons born in Puerto Rico, after January 13, 1941.4  Accordingly, persons born in the U.S. territory have enjoyed the same birthright citizenship as their stateside-born brethren for seventy-seven years.  Congress, in the exercise of its power over the territory it has now held for 120 years, must be cognizant of the portentous nature of such citizenship.5  This simply is not an instance of the United States possessing and/or controlling territory not populated nor governed by its own citizens.

Professors Blocher and Gulati highlight the nefarious Insular Cases and the century-plus distinction between incorporated and unincorporated territories as proof that Congress can unilaterally decide Puerto Rico’s future. These cases are still the law of the land despite their imperialistic and racial underpinnings.6  If Puerto Rico remains unincorporated, Congress, as a matter of constitutional law, retains the seemingly limitless power to determine whether to maintain the territory’s status quo, admit it to the Union, call for some other political arrangement, or simply expel it. Recent Supreme Court jurisprudence appears to reaffirm this power. In 2016, in Puerto Rico v. Sanchez Valle, the Supreme Court held that, for purposes of the Double Jeopardy Clause, the territory’s sovereignty emanates from Congress.7 Despite not mentioning the Insular Cases, the majority opinion in Sanchez Valle quite arguably reaffirms Congress’ power to reshape Puerto Rico’s political destiny, stating that “Congress has broad latitude to develop innovative approaches to territorial governance . . . .”8

The authors highlight that there may be some constitutional limit to Congress’ territorial power over Puerto Rico.  In Boumediene v. Bush the Supreme Court, citing earlier precedent, recognized that the Insular Casesinvolved territories “with wholly dissimilar traditions and institutions” that Congress intended to govern “temporarily.”9  The Court further held that “it may well be that over time the ties between the United States and any of its unincorporated territories strengthen in ways that are of constitutional significance.”10 Certainly the Puerto Rico of 2018 is not a territory of dissimilar traditions; after 120 years of U.S. dominion, Congress has chiseled it into a de facto state.11  For example, Puerto Rico has an Article III federal court identical in jurisdiction, powers, and responsibilities to those in the States.12 No other non-state U.S. jurisdiction, except the District of Columbia, ever enjoyed an Article III court until admitted to the Union.13

The authors also sustain that Boumediene may support the proposition that the U.S. citizens of Puerto Rico have a constitutional right to control their political destiny in some way, thus limiting Congress’ power.  Boumediene, which was not cited in Sanchez Valle, states that “[a]bstaining from questions involving forward sovereignty and territorial governance is one thing.  To hold that the political branches have the power to switch the Constitution on and off at will is quite another.”14  On the one hand, Boumediene probably does not limit Congress’ territorial power to define a territory’s status, because the Court abstained from questions of sovereignty. On the other hand, Boumediene also implies that the power is limited by checks and balances, which allow the courts to ensure that Congress does not violate citizens’ constitutional rights. The result is that, absent further pronouncements by the Court, Congress’ power to define a territory’s status is not limited. Only its power over citizens inhabiting a territory is.

The authors allude to Congress’ enactment of PROMESA shortly after the Supreme Court decided Sanchez Valle as proof that Congress can act unilaterally. They further state that opening the door to Chapter 9 of the Bankruptcy Code came at a “steep price” for Puerto Rico.15  From a strictly democratic perspective such is the reality.  By establishing an unelected Financial Oversight Board capable of overriding the elected Governor and Legislature,16 PROMESA signals the very end of the republican form of government established when Congress approved Puerto Rico’s Constitution in 1952.17

PROMESA provides for a fiscal board that controls the territory’s finances.18  Intended as a blessing to save Puerto Rico from economic collapse, it indeed comes with a curse.  The federal statute de facto amends Puerto Rico’s Constitution. It makes the board an entity of the territorial government, rather than of the federal government,19 and places the same above the two elected branches of local government, even sub silentioabove the Puerto Rico Supreme Court, for purposes of fiscal actions.20  The members of the board are also appointed by the President without Senate confirmation and therefore not commissioned via a local appointment process.21  In practical terms, the laws and actions of Puerto Rico’s elected officials are subservient to the board.  While U.S. states could argue that this is an egregious violation of state sovereignty, for Puerto Rico it becomes a simple exercise of unfettered territorial power.22

Assuming that PROMESA withstands any constitutional challenge before the Supreme Court, it provides congressional precedent to further shape, in any way and form, the political destiny of Puerto Rico.  Lacking its once-certain political autonomy as a state-like entity, the territory remains at Congress’ whim.  While statehood or independence—or even a modification of the status quo within the territorial framework—are possible future paths with clear consequences,23 Congress could instead continue to hold the island in perennial limbo as it has done for 120 years.  For example, Congress could incorporate Puerto Rico and not make it a state indefinitely—indeed, it took ninety-two years for the incorporated territory of Alaska to become a state.  Likewise, Congress could maintain the current commonwealth status without modifying it, or it could further strip the territory’s faculties, thus dialing back even more the powers it gave to the territory over the last century.

Such precedent does not stand alone, and there is a more recent example.  In 1904 the United States acquired from Panama, via treaty, what would be known as the Canal Zone.27 This U.S. territory reverted to Panama after the two nations ratified another treaty in 1978.28 Both the Philippines and Canal Zone evidence that Congress historically has not been shy about entirely abdicating its territorial as well citizenship and nationality powers over a territory when circumstances so warrant.  For example, once the Philippines became a sovereign nation, its citizens born therein no longer held U.S. national status.  Similarly, in the Canal Zone, upon returning the same to Panama, individuals subsequently born there would no longer be U.S. citizens. Absent statehood or a specific pronouncement by the Supreme Court, if Congress maintains or modifies the current commonwealth scheme, or opts for territorial secession, there is no guarantee that persons born in Puerto Rico after a specific date provided by statute will receive natural-born citizenship, statutory citizenship, or even U.S. national status.29

I commend and applaud Professors Blocher and Gulati for preparing such an excellent and persuasive Article.  The piece demonstrates that there is likely no legal domestic impairment to the exercise of Congress’ territorial power to unilaterally determine Puerto Rico’s future political status or the citizenship rights of future generations unless the Supreme Court were to limit the power’s extent.  At the same time, the Article also accurately depicts the United States’ lack of adherence to the democratic principle of consent of the governed in its own territorial possessions.30  Again, such a scenario is even more appalling given the fact that an overwhelming majority of the inhabitants of Puerto Rico are natural-born United States citizens.31

* United States District Judge (2006-present) and author of The Constitutional Evolution of Puerto Rico and Other U.S. Territories 1898-Present (2017).

2 See Alexia Fernández Campbell, Puerto Rico’s Most Ambitious Push yet for Statehood, Explained, Vox (Jan. 11, 2018), https://www.vox.com/policy-and-politics/2018/1/11/15782544/puerto-rico-pushes-for-statehood-explained (“Puerto Rico’s two main political parties represent those who are in favor of statehood and those who want to remain a commonwealth. A smaller number of Puerto Ricans want full independence.”).

16 See 48 U.S.C.A. § 2141 (West 2016); Juan R. Torruella, Why Puerto Rico Does Not Need Further Experimentation with Its Future: A Reply to the Notion of “Territorial Federalism”, 131 Harv. L. Rev. F. 65, 94 (2018) (“The Board directs and sets schedules, by which the Governor prepares and submits fiscal plans required by the Act, and by which the Board approves, disapproves, or certifies such plans; but in the absence or default of such plans, the Board ‘in its sole discretion’ may develop said plans and submit them to the Governor and Legislature, whereupon they shall be ‘deemed approved by the Governor.’”).

22 Id. § 2121(b)(2) (“Congress enacts this Act pursuant to article IV, section 3 of the Constitution . . . which provides Congress the power to dispose of and make all needful rules and regulations for territories.”).

23 As to the possibility of statehood, ninety-seven percent of those voting in the most recent plebiscite favored statehood. Frances Robles, Despite Vote in Favor, Puerto Rico Faces a Daunting Road Toward Statehood, N.Y. Times (June 12, 2017), https://nyti.ms/2tf9o5X. As for modifying the status quo, see Rafael Hernández-Colón, The Evolution of Democratic Governance Under the Territorial

Clause of the U.S. Constitution, 50 Suffolk U. L. Rev. 587, 617 (2017) (“These changes must prevent the denial of self-government embodied by PROMESA from happening again.”). Independence is possible but has historically lacked political support. See Fernández Campbell, supra note 2.

27 Convention Between the United States and the Republic of Panama for the Construction of a Ship Canal to Connect the Waters of the Atlantic and Pacific Oceans, Pan.-U.S., Nov. 18, 1903, 33 Stat. 2234.

30 See Hernández-Colón, supra note 23, at 616 (“After the significant harm Puerto Rico’s government will endure as a result of PROMESA, Puerto Rico’s relationship with the United States—based on the principle of consent of the governed—will have been jeopardized.”).

31 See Torruella, supra note 16, at 97 (“Puerto Rico is populated by U.S. citizens, a not-inconsiderable fact to be kept in mind by those looking to further experiment with their destiny. . . . Why geographic location should make any difference or have any relevance to a determination of such a fundamental question as the rights to which a citizen is entitled defies any logic or valid legal principle . . . .”) (emphasis in original).

Why Puerto Rico Does Not Need Further Experimentation with Its Future 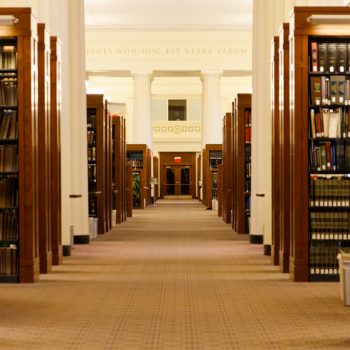 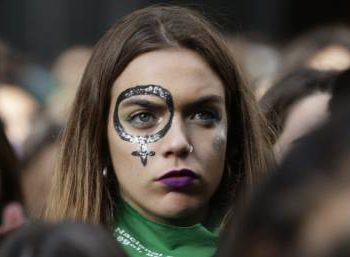